A Much Needed Pause

Lately I've been finding it hard to settle in myself. I am. . . antsy, unfocused, reluctant to do the things I know are good for me, tempted to go down the youtube rabbit hole of endless news and commentary. Then, yesterday, I received a book of poetry, and something in me stopped. . . opened. . . and I took a long slow breath. One of the poems was this one, a favourite of mine. I'm just going to leave it here with a wonderful sunrise photo from Karen Davis at Open Door Dreaming on Facebook. Hopefully, if you need a pause, a breath, a moment to remember what you know in your deepest being, it will help you as it helped me. ~Oriah

Things to Think by Robert Bly
Think in ways you've never thought before.
If the phone rings, think of it as carrying a message
Larger than anything you've ever heard,
Vaster than a hundred lines of Yeats.
Think that someone may bring a bear to your door,
Maybe wounded and deranged; or think that a moose
Has risen out of the lake, and he's carrying on his antlers
A child of your own whom you've never seen.
When someone knocks on the door, think that he's about
To give you something large: tell you you're forgiven,
Or that it's not necessary to work all the time, or that it's
Been decided that if you lie down no one will die. 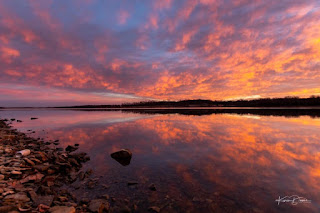 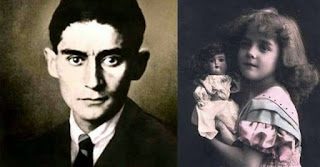 My mother passed away on January 7, 2020. It's a complicated loss, but I have received so many messages of support and prayers, I feel held in love. This has helped me sit with the grief as it arises.

What I've realized is that my grief is rooted in the sadness of knowing I could not save my mother from her constant underlying anger and deep unhappiness. I've known this for a long time, but I've discovered that some forever-young part of my being had not quite given up- because children often don't give up. They keep trying and hoping. As a child I would have done anything to save her. And I tried endlessly.

And now. . . . now, I hope and pray she is free of the unhappiness and the rage. I hope she is deeply at peace. I do not want her to suffer. And I want the young part of me that danced as fast as she could in the hopes of making her mother smile- I want her to feel her mother is at last, free.. ~Oriah

This photo of a sun pillar at sunset by Karen Davis at Open Door Dreaming felt appropriate- a soul-light flaring before it disappears from view, 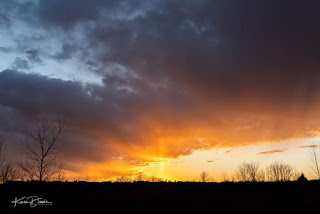 We are approaching the winter solstice here in the northern hemisphere. The nights are long. For me it is a time of deep rest and dreaming. And oh how the world needs our dreaming these days. But was there ever a time when that was not true?

In the shamanic tradition in which I trained, the Dreamers are those who work in what is called the Fifth Dimension to create that which manifests here in our shared world. I suppose another way of saying that is we feed the collective unconscious, from which springs many of our choices, with how we treat each other, how we envision and work for peace and justice, how we refuse to put those who disagree with us out of our hearts as something less than fellow human beings. (And yes, in this some days are better than others.)

I am so grateful for the prayers and good wishes you have all sent- and my eyes and vision are slowly and steadily improving. Still not looking at a lit screen much- but hopeful that I will be able to here more in the new year.

In the meantime, let's dream together in the fertile darkness (even as those of you in the southern hemisphere hold the light) for ourselves, the Earth and all her children. ~Oriah

Stumbled across this photo previously posted on Facebook. Sometimes my own words come back to remind me of something I thought I could never forget but need to hear again. 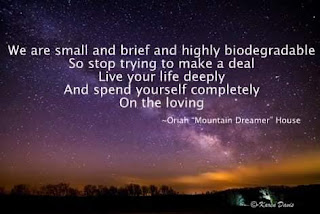 Dear Friends, well, you may have noticed I am here even less than usual. There is a reason. My eyesight is impaired. I have always worked predominantly with one eye (my other eye has about 10% vision- optic nerve problem) and right now my "good" eye is not doing well. Not looking for advice- have doctors and healthcare practioners and we are on it. Aside from the pain (think ice pic in eye) I have to give the eye a rest- which means not looking at a lit screen and no reading. The latter is my lifeblood- always has been (and yes, I know I can listen to audiobooks but it is not the same!)

So, aside from concern about my vision this poses an interesting situation: I cannot read or be on line. My ongoing chronic illness shapes a lot of what else I can do- so I have come to rely on both activities to occupy myself and stay connected with the world.

What I realize is how much I use being online to distract myself- from pain, from the ongoing and relentless sounds of construction on my apartment building, from my own frustrations, foibles and uncomfortable feelings. And now, that distraction is not available. What will happen? I admit, I am a sucker for learning so, as much as I want my sight and the internet back, in my better moments I am more curious than frustrated.

And, I will (I think) be back when my eye is feeling better. In the meantime, I have a whole new apprecation for the visual beauty of the world- and so will share a little of it here in a photo from dear friend Peter Marmorek. ~ Oriah 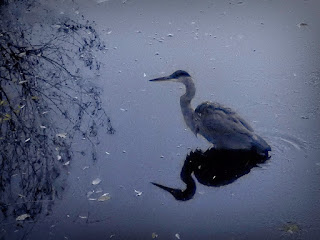 Messages from the Misty Morning

This morning is shrouded in mist. Lying in bed I started to make "a plan"- a way to efficiently get lots of things on my to-do list done. But when I pulled back the curtains, the mist-soaked world was still dreaming, and it whispered to me, "Breathe. Soften. Follow the impulse to move slowly and see where and how you go."

Of course, most mornings, many don't have that option- there are children to be dressed and fed; preparations for the work day; the need to plunge into the movement of getting where we need to be at a particular time. Years of this can teach us to value only that which fits a very narrow definition of productivity.

Chronic illness loosened my grip on believing worth was exclusively tied to what the world defined as "work." Even as I write this I feel how hard it is (even when the choice is taken from us by changing abilities) to surrender to slowing down, to take a deep breath, to sort out what really "must" be done immediately and what could be set aside, or done in a way that lets us taste the movement and make room for the unexpected.

I know, I know- this is not how our world works. So, slowing down- even just mentally for the first five minutes of our morning, or for three breaths in middle of the morning- is an act of defiance, an assertion of our commitment to stay connected to life as it is lived in this one small human being. ~Oriah

Photo by Conal Gallagher at https://tinyurl.com/yxacrndw 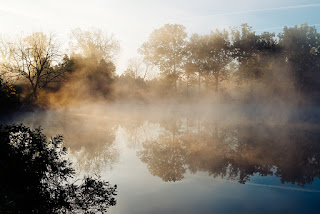 Holding The Darkness and The Light

It's the Equinox- equal moments of light and darkness today. Harvest time in the northern hemisphere- planting time in the south. I trust the light that does not deny the darkness, and I can rest deeply in the sheltering darkness when I kowing the promise of the returning light.

A short while ago I connected with a woman who knew my mother's family years ago She is kind and committed to focusing on the positive- a light for many in the darkness. Then she shared with me that she'd lost a son years ago, and suddenly- for me- her light held depth and strength as well as brightness.

So let's hold them both today- the dark and the light, the being lost and being found, the pain and the joy. Let's allow the darkness to give depth to the light and feel our way together through the dreaming that guides us when we are no longer afraid of the dark. Blessed Equinox dear friend. ~Oriah

Spectacular photo is by my dear friend Peter Marmorek 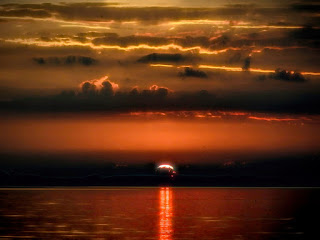